STIR/SHAKEN: What Entrepreneurs & Business Owners Need to Know about this Technology Suite 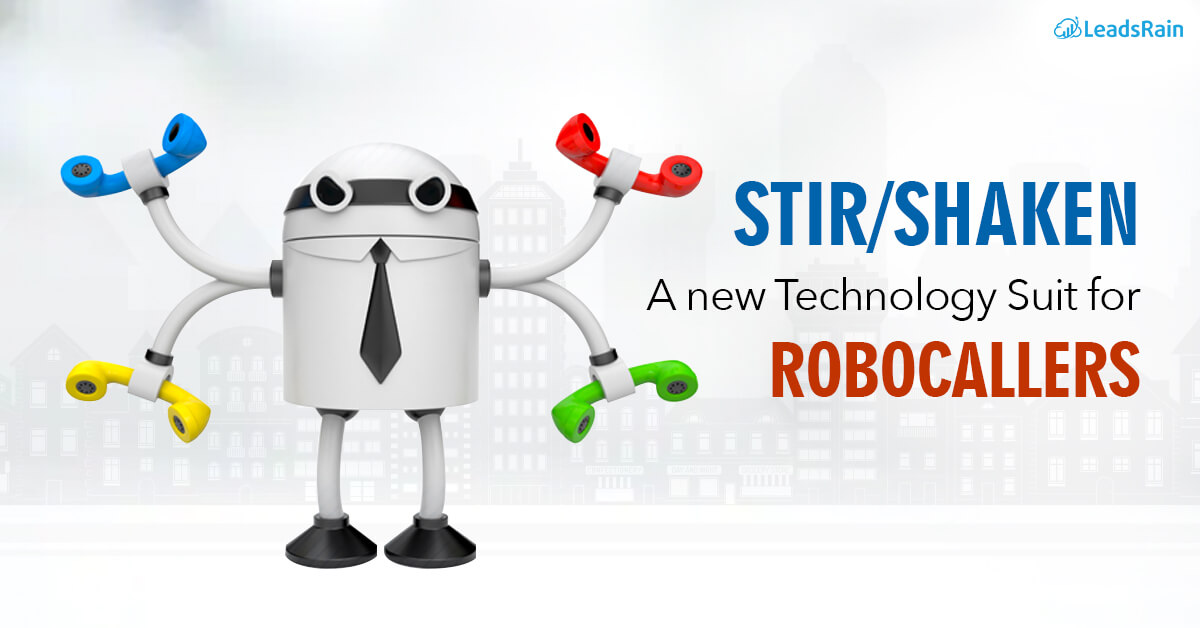 Robocalls and auto-dialers offer vital automation for many businesses and organizations. They shorten mundane tasks, reduce costs, improve profitability, and help connect you with qualified leads. However, they can also be problematic, as we’ve seen with the rise of spoofed robocalls and fraudulent activity.

To combat the rise of potentially criminal activity, a suite of technological tools and protocols dubbed STIR/SHAKEN has been adopted. Understanding STIR/SHAKEN is vital for any business owner or entrepreneur who understands the value offered by robocalling and auto-dialers and wishes to be compliant in their use.

While it sounds like the antithesis of James Bond’s beverage of choice, this combined acronym has nothing to do with fiction or alcohol. It’s a mashup of two different things:

The two technologies work hand-in-hand. STIR is geared toward proving that a particular robocall is legitimate and is not a spoof call. SHAKEN determines how a call is handled after the caller’s identity has been verified.

Why Is STIR/SHAKEN Being Adopted?

While it’s tempting to rail at legislators for piling rules on top of rules and regulations on top of regulations, it’s critical to understand that this doesn’t occur in a vacuum. There’s always an underlying reason or need for legislation. For STIR/SHAKEN, that reason is the dramatic increase in spam calls using spoofed phone numbers. These are fraudulent calls that, in many cases, compromise an individual’s personal information or financial data.

How bad is the situation?

Given that almost half of all robocalls/auto dialer calls are directly related to fraudulent activity, the US government and the telecom industry decided to act to protect Americans. STIR/SHAKEN and the TRACED Act deliver that protection in the form of caller ID verification.

According to the FCC, “Caller ID authentication is a new system aimed at combating illegal caller ID spoofing. Such a system is critical to protecting Americans from scam spoofed robocalls and would erode the ability of callers to illegally spoof a caller ID, which scammers use to trick Americans into answering their phones when they shouldn’t.

Additionally, consumers and law enforcement alike could more readily identify the source of illegal robocalls and reduce their frequency and impact. Industry stakeholders are working to implement caller ID authentication, which is sometimes called STIR/SHAKEN. Once implemented, it should greatly help the accuracy of caller ID information and should allow voice service providers to provide helpful information to their consumers about which calls to answer.”

How Does STIR/SHAKEN Protect Consumers?

While STIR/SHAKEN is a complex combination of technologies, it can be explained in broad strokes.

Here’s how it works:

When Will STIR/SHAKEN Be Implemented?

STIR/SHAKEN was mandated by the FCC (Federal Communications Commission) at the end of March 2020. However, while this mandate does require that all originating and terminating voice service providers implement caller ID authentication using these tools and protocols, the timeline for compliance offers some flexibility. All service providers must comply by the end of June 2021.

What Does STIR/SHAKEN Mean for Leads and Sales?

For companies that engage in legal robocalling or auto-dialing, STIR/SHAKEN may mean complications. This is particularly true for situations where enterprises must use more than one service provider (Comcast, CenturyLink, ATT, etc.). The reason for this is that STIR is implemented on the service provider’s end, and they are also responsible for attestation.

No, this combination of protocols does not block calls. However, it will enable service providers and their customers to block calls without attestation (likely to be fraudulent calls). In fact, STIR/SHAKEN may actually reduce the number of calls an enterprise makes that are blocked or marked as spam.

Many services exist that analyze factors like call volume, duration, and other metrics to determine if a call is spam and then flag it as such. The consumer then has discretion on whether to answer the call or not. The problem here is that, often, legitimate calls are flagged as spam – pharmacies and doctor offices calling with automated reminders, for instance. If these calls were actively blocked rather than simply flagged, the consumer would miss critical information.

STIR/SHAKEN Is Good for the Industry

While there is a lot of anxiety about the impact of STIR/SHAKEN on sales calls, implementing these protocols is ultimately a good thing. In the end, it will restore trust and help enterprises connect with their audiences, bolstering success and growth.

Why Insurance Company Should Integrate CRM with Call Centre Software?

The insurance industry is quite complicated, and agencies have to invest in customer service to build customer loyalty and differentiate their offerings. Like many other…

Cold calling in the real estate sector is a challenging lead-generation technique. Some agents claim it’s not worth the stress or annoyance, but seasoned professionals…