Preparing for 2020 Elections: A marketer analysis of Presidential Election Campaigns 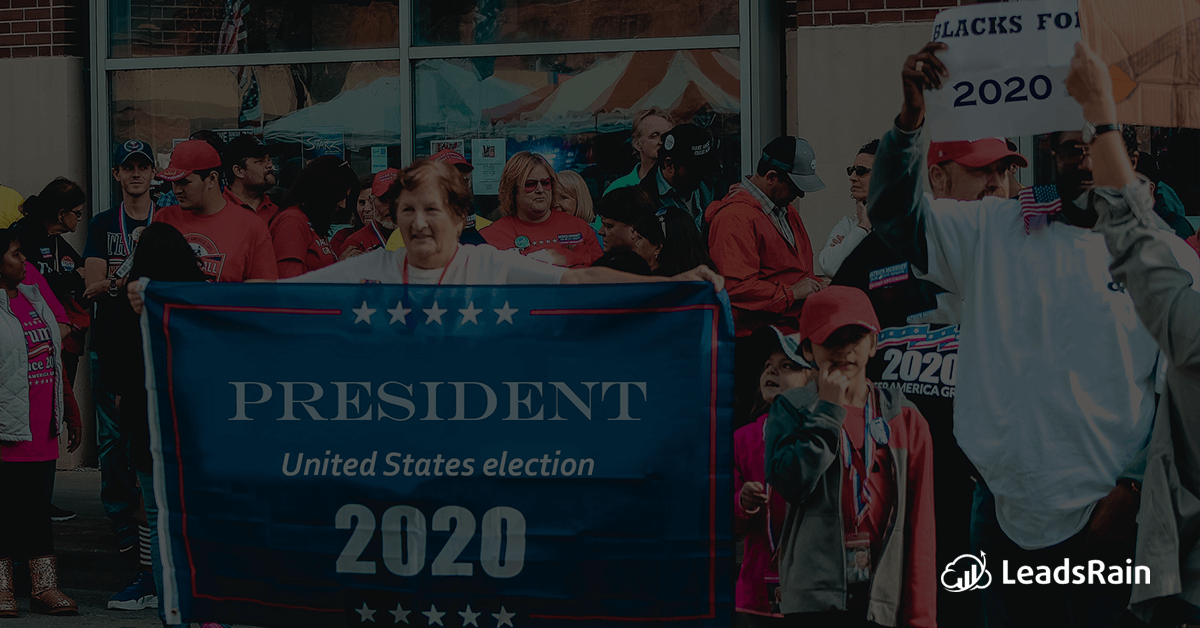 There were many things that 2016 different and an outlier.

Gerrymandering is when the ruling party of state takes benefit of redistricting to strategically group voters into separate districts that to benefit themselves. Thomas Hofeller, a republic political strategist, used gerrymandering to onboard many swing states and districts. For worse or good gerrymandering is expected when even supreme court commented that it is beyond their reach.

Online ads have become an integral part of political campaigns in 2016 presidential campaigns. Throughout the election, voters watched more than 10 million hours of issues and candidate related content on YouTube alone! With new tech gearing up and digital being more and more integrated into our lifestyle, political strategists expect 2020 elections to outdo the online ad market of 2016 elections twice!

Content is the king! But in 2020, the content will make the king! (or queen for that matter) Online consumption has drastically increased, creating and promoting organic content on various online platforms and channels can reduce the strain on your online ad budget.

Targeting users based on demographics is an age old technique, almost a marketing cliche! And like all cliches, it is very prevalent. 2016 campaigns ran different and customized campaigns for different demographic segments. Demographics were segmented on the standard classifications of age, gender, race, and coupled with more exotic classifications based on political preference, buying history, channels watched, pages, and accounts followed on social media.

Historical analysis early on in the elections played a crucial role in designing strategies. Routes of rallies, the message, the time of events are just a few examples of things influenced by voter analysis. Experts forecast advances in big data will allow campaigners in 2020 to have a detailed report of every single individual street or block across the country.

Tools used in 2016 US Elections

The tools are classified based on their uses in three key areas Identifying Supporters, Persuade Voters, Turnout Votes, and judged on the resources used and their effectiveness. Both republicans and democrats use the same tools and strategies customized for respective states.

Data collected while raising funds can also be used to identify supporters. Door to door and phoning remain the most effective ways to identify voters efficiently.

Having volunteers go door to door asking for support or even mapping voter preferences can bring in loads of quality data. It can also double as a fundraising drive and awareness campaign.

Phoning is a versatile solution for every phase of your campaign. IVR, Voicemail Drops, and SMS coupled with phoning pack a hefty punch for your candidate. Phoning can also effectively map voters without the hassles of having large volunteer groups and the logistical troubles.

This traditional method is a favourite of many campaigners and a colossal hit for boosting live presence events. Not to be confused with Literature Handouts, literature drops contains the profile of the candidate. Usually, just a leaflet, this small piece of paper packs a lot of punch in spreading awareness.

Mail provides an extensive reach while keeping your budget low. Many other channels may soak up your resources fast. Voters still trust mails over many different channels. It can deliver a high volume of information reliably to your supporters.

Endorsements play a significant impact on your candidates. It creates a brand you can leverage.

Using the phone as a medium to engage voters can fill up ballots faster than you can count. A text message with candidate details saw a sizeable swing in favour of the candidate. Trump campaign, managed by Brad Parascale, effectively used a combination of text messages and online ads to dominate turnout votes.

Adequate visibility can be all the difference you need when in a heated battle. Looking at the current political scenario, we are moving forward to an extremely heated political action. Over the long run and when your campaigns are in their last legs, having high visibility events with noticeably influential figures can pump in fuel for that last extra mile.

What to Expect in the Presidential Election Campaign 2020?

There, we said it. Historically a single voter has required increasingly more touchpoints to be effectively leveraged or turncoat. Experts across partisans commonly agree that future demands are more and more hand-holding to make any political campaign effective.

A single channel alone can not sustain multiple touchpoints grouped. Omnichannel marketing allows you to have numerous touchpoints grouped tightly together without being spam. We can safely expect a combo of multiple channels to deliver a comprehensive message across all platforms.

Social media did play a significant role in the last election. With changing policies and leaks like Cambridge Analytica, the direction the political campaign takes can not be predicted. But we can be sure that no matter the course, it will play a pivotal role in your campaign.

Starting early can be the key to this election. Donald Trump had already raised $ 125 million by October. Moreover, the campaign bagged an additional $ 5 million in the impeachment process. Not just fundraising but also other awareness campaigns are warming up for the long run.

Gear up your supporters!
The chaos begins soon.

10 Must have Outbound Calling Tips for Call Centre Compliance

It is no surprise that outbound telemarketing is still a valuable strategy for generating new leads. Outbound calling, however, scares a lot of people. It’s…

7 Sales Pitch Examples to Ramp up Your Closing Rates

Do you want to craft your own sales pitch to help you close the sale? It can be challenging to develop an effective sales pitch,…

There are several sales books available that will help your sales force learn how to deal with objections, identify new clients, and strike stronger deals….