July4th – The Dream of a Salesman 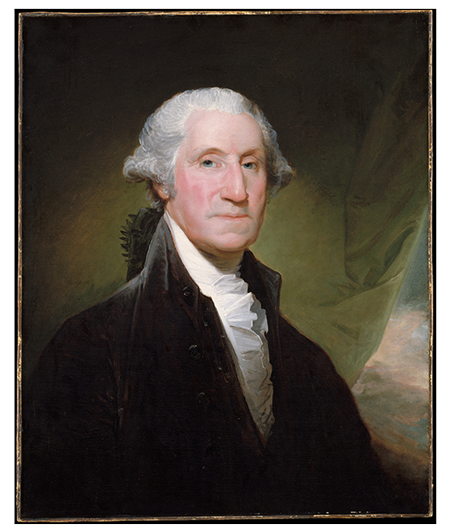 America, and the American Dream came alive today. But had it not been for the brilliance of our first president, would it be possible? So what makes, salesman of the year 1776, George Washington, an iconic hero from a gentleman farmer? Only the great salesmen skills, that’s what. The greatest philosophy, the man bestowed upon us is to adopt the salesmanship he portrayed, and called it “The American Dream.”

Here are a few tips from him that we could use as salesmen:

Get it done with sub-par resources

Planned execution does not question the resources and our part-time commander-in-chief, George Washington, followed the same. Surrounded by enemies, fighting the odds, with less than efficient staff and resources, our salesman walked the land with vigour to achieve his goal. When the odds are against you, there is a higher chance for you to win.

A salesman will never complain, he will get it done with whatever he has got. One of the greatest lessons taught by the president. The salesman entered the battleground with barely any ammunition, stability and resources. It was the staunch philosophy that led the Americans to victory. The philosophy of a free country. What Washington is trying to preach here is, that if the idea is clear in your head, you can achieve it.

Sell the idea, not the product

Our dear farmer was smart enough in convincing the 13 colonies to join hands with him. Who doesn’t like the idea of freedom? Especially a British colony. No offence UK, but you’re the reason more than half the world celebrates independence day. It was the constant oppression that Washington faced with the ranking that annoyed him. And you should never hurt a salesman’s ego, it can shatter you.

Washington was an ideal leader, at least in that moment, to have commanded over some really difficult battalions. But it was the capability of the president in promoting the idea of freedom and independence among the Americans, who then, only asked for equality under the British rule. Isn’t that ridiculous? At least a farmer felt that way.

Always be ready with motivational quotes

It isn’t easy to command over a hesitant army. Our president taught us how to provide constant motivation to the team. Being a salesperson is never easy. Your team must possess the same philosophy as you in order to achieve the desired goal. He was a constant motivation to the team with his dialogues that echoed the battlefield throughout the war. “Focus on the war, not the battle,” one of his popular quotes. He seems to have believed in it, because he lost more battles than he won. But that doesn’t matter when you free an entire country.

The greatest lesson however, is to show indifference. After leading the country to victory, and demolishing 170 years of oppression, who would want to become a farmer? Our gentleman did. After achieving independence, the salesman went back to his birthplace to practice farming once again. Soon after, though, he was made the president of the United States.

Show that you don’t want it that bad. There were several contestants for the post, and the one who wanted it the least, sat there soon after. This is clearly the best salesplay ever. So next time you are trying to close a deal, remember how Washington did it.

Stay American by following the commandments of our first president. Truly a salesman, our gentleman farmer is an identity to live by. Let alone the salesmanship, the president stayed connected with his followers constantly in order to communicate his philosophy. Not only is it important to learn salesmanship and leadership from the figure, but the belief he held in the land of opportunity. LeadsRain provides exactly that, with its numerous services that can accommodate any business you can think of.

Here is the exciting part, this week, enjoy 13% additional credits on purchases to acknowledge the 13 colonies that led us to freedom. Offer lasts till Saturday! May the American spirit dwell within you today. Happy 4th of July to all you Americans on the brink of conquering your dreams.

How To Sell More Health Insurance During Open Enrollment?

Although lead generation has changed much over the past several years, it is still an essential tool for organizations to use to develop customer relationships,…