How Fundraising plays a Vital Role in Political Campaign? 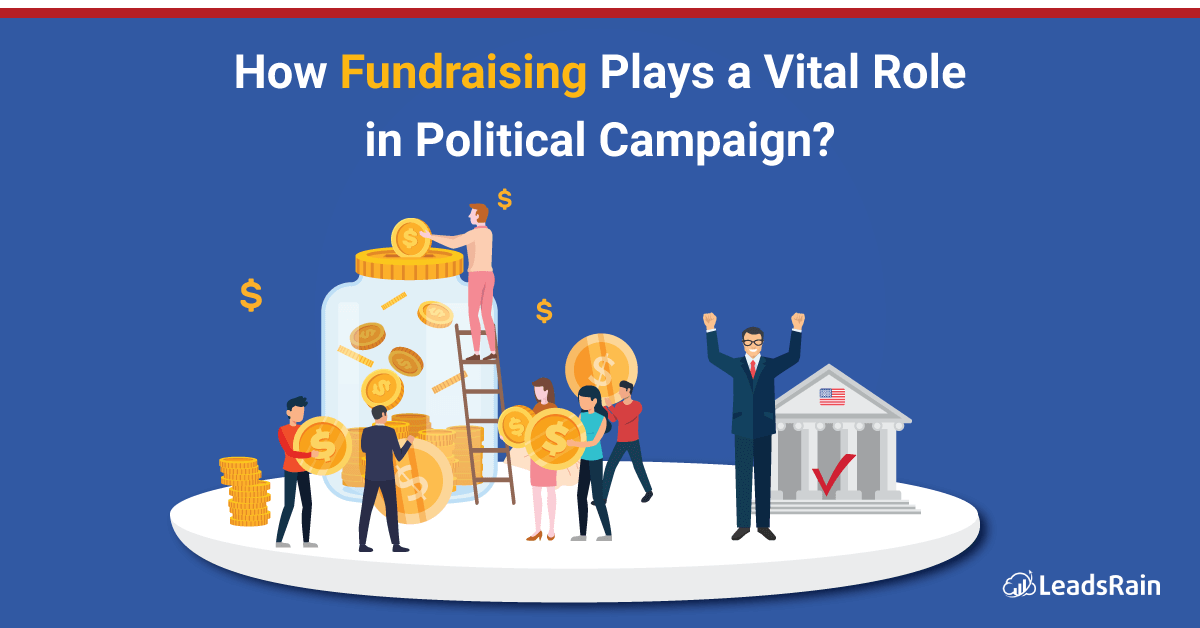 “I’m using my own money,” Donald Trump declared when he announced he was running for president. “I’m not using the lobbyists. I’m not using donors.” And of course, he added, “I’m really rich.”

This self-financing has been the prominent factor, which helped him propel the polls. His candid style seems to have influenced many Republican voters.

This proverb has been taken more seriously in a federal election than others, where billions of dollars are raised and spent for winning the faith of people and elections.

Raising money is a way to measure the candidate’s credibility and proof of staying in power with the long and expensive presidential rule. Since the last 40 years, this time Democrats seem to be dealing with their largest primary pool. Seems like they are ranking the cash in and making their amiable impact on the public.

Some financial figures that the candidates have reported to the Federal Commission, including President Trump are:

It seems the higher the candidate spends, the chances of his victory increases!

You Must know how strong is the association between spending and political success?

For the fact, more than 90% of the candidates who spend the most, wins. For instance, from 2000 through 2016, “86% of the top spenders won.” said Sheila Krumholz, executive director of the Center for Responsive Politics.

Let us consider the facts that :

The personal approach is considered one of the conventional methods of collecting funds for your political needs, for instance, writing fundraising letters. Some donors still prefer this type of solicitation, hence, you cannot reach them using digital marketing.

But, by calling them you can directly contact them and instruct them to donate through your website. And also make them commit to the donation by the specific date for collection.

Customization of t-shirts gives a great boost while raising money for your political campaign. They promote the cause to a wide range of audience.

You must create a campaign to promote your t-shirts and sell them at fundraisers, parades and online. Designing a social media campaign inclusive of most commonly used platforms like Facebook, Twitter, Instagram and sell them online.

You must invest well in a direct marketing platform, to capitalize on virtual donations from the large pool of mobile users. You must make sure that you provide a strong communication channel with an interactive tool with end-to-end communication. This helps you be in touch with the donors and collect big donations.

This may seem a daunting task and may not be a comfortable option for everyone but believe it or not, creating a direct relationship is the foremost thing to do when looking for any fundraising.

Engaging donors with personal greetings cannot be replaced with any other method of generating funds. It does the miraculous job by a personal handshake and eye contact which are appreciated as personal attention.

Organizing a parade through the streets with the candidate float decorated with signs and balloons along with t-shirts worn by the volunteers does great help.

Sound system and helium balloons with large signboards, mobilizing volunteers with flyers are effective fundraising ideas, to roll in donations.

Donors must know what you have in your campaign and why you are organizing it. The brochure can give reason to the campaigners that why the candidate should be elected. Due to technological know-how, physical brochures are less effective as compared to ‘brochure notepads’.

No wonder what other fundraising techniques yield, you should not forget about social media. Facebook, Instagram, and Twitter are the leading social networks in this tech world with the highest user engagement.

No of social media users are appropriately 3 million by 2019

No doubt converting the follower into the donor is not an easy task to do but, practicing it can create curiosity into the mind of followers which might generate funds.

Now that you know how to conduct a fundraising event, you must be wondering which are the tools available in the market to help your campaign.

Automated dialers provide flexibility to work for tele-fundraising campaigns. You can get updates from donors and update the database during calls on the survey. Using scripts for fundraising events on track can acquire maximum donations.

LeadsRain provides this direct marketing service at $0.0125* only.

To build personalized relationships you must initiate one-to-one conversations. Try sending mass messages with text, images, and link to the targeted audience to engage maximum donors at once. This might generate potential donors with strong public opinion. Seamless follow-ups to the replies of donors can help generate more funds too.

@ LeadsRain we try to satisfy our users to outreach their audience with $0.013* only.

This tool can help you reach donors personally with a customized voice message. It can help you send reminders and announcements about the fundraisers. The press-1 campaign can help collect input from the donors about the funding. This input represents their perception of the candidate.

LeadsRain enables to drop mass voice messages at $0.0125* only.

Reaching the donors without interrupting them in their daily schedule, is one of the ways to give them space to hear you when they are free. Allow donors to call back and communicate with the volunteers about the part and an event. This will help in generating more funds and create immunity of the party.

Hence, we @ LeadsRain provide these direct marketing services with affordable and feasible solutions to roll in more donors and help you propel the funding than others. For further information contact our support team.

The daily habits of workers are evolving. Call center agents are among the many people who work remotely more than before. According to estimates, 38%…

10 Must have Outbound Calling Tips for Call Centre Compliance

It is no surprise that outbound telemarketing is still a valuable strategy for generating new leads. Outbound calling, however, scares a lot of people. It’s…

7 Sales Pitch Examples to Ramp up Your Closing Rates

Do you want to craft your own sales pitch to help you close the sale? It can be challenging to develop an effective sales pitch,…