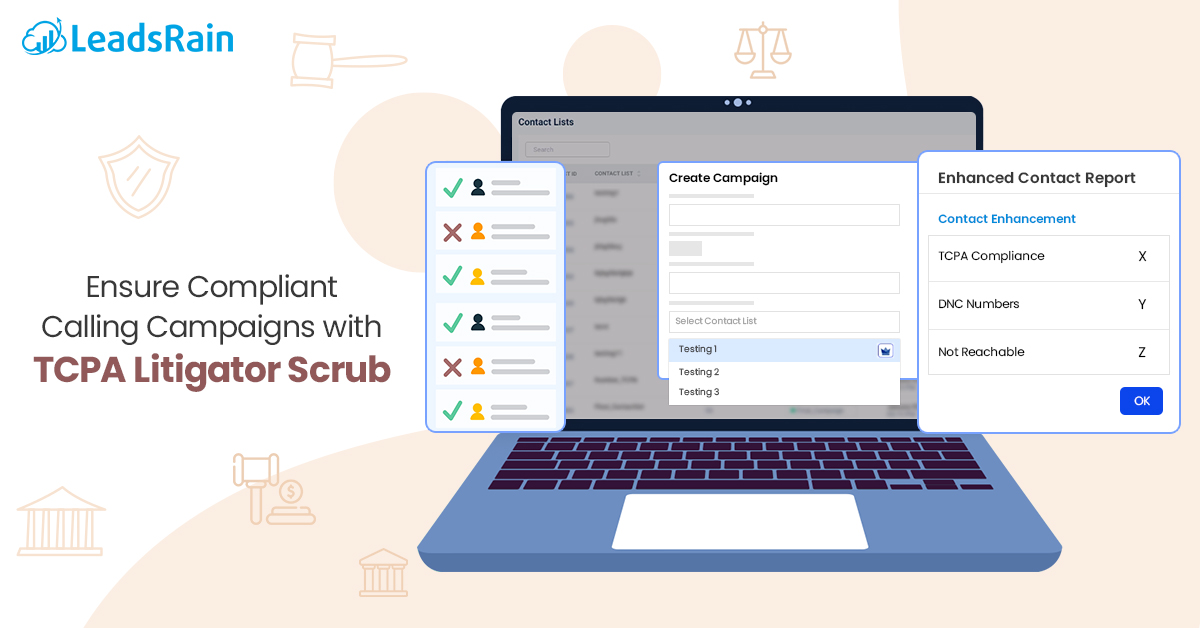 Do you have confidence that your company is protected against professional litigators and other fraud schemes? Since 2010, TCPA lawsuits have increased by a staggering 1,273%, and they continue to cost the performance marketing sector millions of dollars annually in inflated legal costs.

Tools for TCPA call scrubbing are a crucial and continuously expanding requirement in the pay-per-call market.

Every encounter a lead has with a performance marketer should be recorded. This has many benefits, like raising the lead’s quality, giving your advertisers a better level of solution, and differentiating yourself from the competitors. From a compliance standpoint, you must take precautions to protect your company from litigators starting with the first moment a lead engages with your material and continuing until the last phone conversation.

The primary federal statute controlling the control of telephone solicitations is the Telephone Consumer Protection Act (TCPA). President George H.W. Bush originally signed it into law in 1991, and even then, it has served as the cornerstone of federal telemarketing legislation. The TCPA laid the groundwork for further legislation, including the TRACED Act of 2019 and rulemaking by the Federal Communications Commission (FCC) and Federal Trade Commission (FTC). Numerous judicial rulings, including well-known ones from the Supreme Court recently, have strengthened the TCPA’s position as the primary regulating authority.

Suppose your company is one of the hundreds that employ telemarketing or telesales as a component of their outbound lead generation strategy. In that case, you cannot afford to be found in a TCPA violation. Due to the rising number of legal actions, not adhering to TCPA compliance rules could cost you financially as well as negatively impact your brand’s reputation.

You see, those who are involved in class action lawsuits and irate consumers can make quick cash by taking advantage of TCPA infractions. Settlements for several million dollars are frequent. The fact that lawsuits may be brought up to 4 years after the interaction date only exacerbates the situation.

Litigator Scrub: Why Use It?

Simply put, it’s the best approach to lessen your risk of being sued under the TCPA. The same repeat plaintiffs and litigators file about one-third of TCPA lawsuits. A prime example is Bloomingdale’s case, where one of the businesses that initiated it had filed 2,400 TCPA-related cases. The best preventative move businesses can undertake to lessen their exposure to TCPA-related risk is to identify these recurrent participants before any inbound or outbound campaign.

You can avoid paying legal fees by using Litigator Scrub, which is reasonably priced. There is a brotherhood among those who have previously made claims under the TCPA. There is a sizable litigant party who won’t use your service regardless. They typically do it for non-financial motives despite the fact that they gain enormous wealth in the process. Due of how these laws are skewed in favor of cell owners, they frequently prevail. The stress, cost, lawyer time, and company disruptions are simply not worth it, even if they lose. Simply avoid making any calls at all as a substitute. That’s also a wrong choice! I might also add that they are more skilled than you are at this game.

Robocalls get a bad rep because they are a favorite with scammers who use them to steal personal and sensitive data. And, let’s face it…

How to Stay Compliant and Avoid Fines with Telemarketing?

People around the world are well aware now that businesses commonly use telephone lines to contact their target audience. They can use pre-recorded messages, sales…